25: A lot of people have asked along the way if I’m losing weight. For the duration, it was hard to tell. I felt good, but I wasn’t seeing any physical results, something I was equal parts frustrated and okay with. My frustration only stemmed from the fact I’ve had friends who have cut out things like gluten and dropped pants sizes almost immediately, and I somehow believed my being on any kind of diet for 30 days would instantly transform me into a ridiculously hot person. Finally the other day, out of nowhere, I woke up and realized I felt different. At work someone told me my face looked skinnier to which I maturely replied: “Well I’m so sorry you had to deal with my FAT FACE FOR SO LONG.” It was in jest, and honestly the sentiment was flattering. While it was not the overriding purpose or goal here, it does feel satisfying to see my body catching up with my soul. I don’t own a scale, but I’ve been tempted to see what the lbs. lost are. I wrongfully hoped for some reason the dermatologist would weigh me the other day and got dangerously close to asking the guys from the warehouse at work if they had an industrial scale I could stand on today. Not because I need an industrial scale but at work we’re kind of limited to something that either weighs mail or pallets of beer and I don’t think I’d fit in an envelope.

It’s been a challenging week as I’ve had to put in extra hours at work which omits me from participation in what’s become our normal routine. So horrible you know, to come home to my girlfriend whose already got dinner prepared – it’s like a damn Norman Rockwell painting which would only be better if we had carpets because then she could vacuum them in high heels. I kid – I miss being a part of the meal choice and subsequent preparation. This week I’ve been treated to creamy mushroom and chicken soup, stuffed pork tenderloin, taco salad, and a dairy-free, gluten-free meal that may or may not be pizza. It was a loose interpretation of pizza, but nonetheless surprisingly delicious. We’ve also been roasting our own cashews, rocking homemade larabars, and enjoying fresh sorbets at night (no sugar obvs) *Snack alternatives are important.

29: I’ll level with you here – all along I promised myself I’d be 100% in but that I would allow myself to have beer on the 28th day. The end of my 30 happened to coincide with our National Sales Team Meeting which meant that all of our Sales Team from the entire country would be in town – these being people I work with often but don’t see, and also people with whom I’ve formed friendships and relationships with over the last several years. I was not above knowing that I’d like to drink some beers with them, and not strict enough to see that as a failure of what I’ve accomplished. It was fun to be there as they all arrived at the Brewery from their respective homelands, to cheers them over the very thing that connects us all.

We went grocery shopping for this coming week – only 2 days of which would be Whole 30 related and found habits die hard – even newly adopted ones. We talked about getting wraps for sandwiches, and a cheese wheel to annihilate as a casual snack but found ourselves still reaching for the ghee (clarified butter) and actually buying no gluten, dairy, sugar, or legumes. I won’t lie, it was nice to put a few beers in the fridge – but I’m not going to cease being mindful of what I put in my body. What we are planning to maintain is somewhat of a paleo diet – avoiding dairy, refined sugar, and grains. It’s often called a “caveman” or “hunter and gatherers” diet and for some reason I find it very appealing to get back into my caveman roots. I may also start sporting a unibrow and using fewer words from the English language.

I wouldn’t say doing the Whole 30 was a life-changing experience, because that’s giving it a whole load of power. It helped me do things I needed to do and it offered me perspective on how I was treating myself and how I would like to treat myself in the future. In addition to eating better I took more walks, and I spent good and quality time with my partner – we cooked, watched a lot of Hulu, and probably were responsible for any spike Pinterest saw for the month of May. We made sure to  stay regular with practices we enjoy like yoga and acupuncture – and I wrote and flexed my creative muscles more than I have in months.

For someone considering doing the Whole 30, or any kind of cleanse or lifestyle change I have some parting words of advice: Be gentle with yourself – no beating yourself up. It took me a whole lifetime to form the bad habits I had, and it will take time for me to form new and better ones. Even small moves towards a more positive direction are important and you deserve to celebrate your small victories. Realize that in doing so, you kind of have to commit to feeling a little shitty for a while – but it passes rather quickly in the scheme of things. Some days are really hard – I had to confront some pretty real stuff like that I couldn’t solve my problems with a glass of wine, and also the reality that that actually never solved anything in the first place. It took a toll on me emotionally, to feel everything so fully and identify that I wasn’t properly acknowledging and addressing the significance of stress and anxiety on my life. I was the cause of a lot of dumb fights with Jenn and she deserves a trophy for what she put up with in the last 29 days, and what she will be putting up with for the duration of her life. I was surprised at the emotions this all brought up, naively thinking my body would be the only thing that would change.

Having a supportive partner, or even a friend to do it with – I would recommend. I don’t know if I could have done it on my own. However, Jenn and I are yin and yang – she is one of the most even keeled people I’ve ever met when it comes to this stuff, and where I was struggling or caving – she was just the epitome of the Cheshire Cat; calm, collected, cool and smiling. Misery loves company, and although I wouldn’t say I was truly miserable at any point in time it helped to have someone who was on my metaphorical team. I was definitely significantly less social but I was still able to enjoy time with friends – and it wasn’t a diet or cleanse that rendered me a leper. The only other cleanse I had done was the Master Cleanse, and there’s not much room for hanging out when you’re not eating solid foods and shitting your brains out for 12 days. To me, the Whole 30 was realistic and not something you do to lose a few pants sizes – it’s about creating a stepping stone for more permanent change in your life. 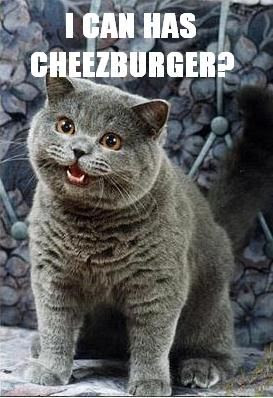 This post is not sponsored by the Whole 30, although it’d be super awesome if it was. That would mean I’d probably be getting some money and that people other than my Facebook friends were reading my blog. Am I happy it’s technically over? I’ve thought a lot about going to the McDonald’s drive-thru and ordering 20 cheeseburgers, but I can’t quite bring myself to do it. I care a little too much and I know that while I might enjoy 15 minutes of pure, unadulterated bliss – that it’s not worth it. I also have thought about filling my bathtub with a variety of Mac & Cheese and eating my way out but I just can’t. I thought at day 29, I would just literally want to go ham (luckily ham is fine on the Whole 30) but I don’t. I just want to continue on a good path, a good path that occasionally is lined with chicken fingers and french fries when I want it to be. Namaste (bitches) it’s been real.

Thirty-something riding the turbulent train of human emotion. Living with my cat, my Chihuahua, and what's left of my dignity.